College students with significant student loan debt who also graduate during a down economy are faced with a big challenge. Finding and keeping a job during an economic recession is hard enough for those who have long since graduated, and this challenge becomes even more difficult for new waves of college graduates who often have little job experience under their belt. Finding a job for these graduates tends to be the most important task for them, especially in order to pay back student loans that are accumulating interest. 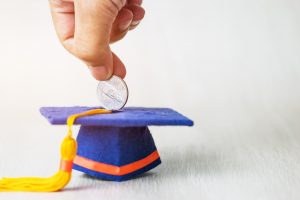 Consider the data; student loan debt has surpassed credit card debt in the United States. According to Pew Research data, a record one-in-five households owe student load debt. In 2001, 12% of American households had student load debt. This number increased to 15% in 2007, and by 2010, had reached a staggering 19%. Recent data from the New York Fed shows that in the first quarter of 2012, the under 30 age group has the most borrowers at 14 million, followed by 10.6 million for the 30-39 group, 5.7 million in the 40-49 category, 4.6 million in the 50-59 age group and the over 60 category with the least number of borrowers at 2.2 million for an overall total of 37.1 million.

Many people with student loan debt who have yet to find a job are considering loan deferments to stymie their student loan payments for a short period of time while looking for a job or saving up enough to make their first debt payments.

Nevertheless, deferments have their pros and cons. Students pondering whether or not they should defer should conduct solid research about deferment while finding out all of the policies and terms of deferment from their respective lenders. Deferment, sometimes called forbearance, is not for everyone, so it is important for recent grads to analyze their financial situation and determine the best route for them in terms of paying back student loans.

Missing a student loan payment is never a good idea. Defaulting on a loan can cause penalties on a person’s credit score or have their loan sent to a debt management firm that can impose other, more dire penalties against the debtor. In a situation in which a recent graduate does not have savings or access to finances to begin to pay off a student loan, deferment is one method that can be used to avoid defaulting.

However, many student loans have the option to defer one time only, or one time within a given time frame. If this is the case, graduates must carefully choose when to defer. This is extremely difficult to do since no one can tell the future, making it often impossible for those new to the job market to know what their employment status will be in coming years. Deferring while working at a low-paying job may be a bad idea if the job doesn’t work out and the debtor finds him or herself completely unemployed the year after with no option for forbearance since it has already been used. It is therefore extremely important for all those with a student loan to assess what the lender terms and guidelines state, especially when it comes to deferment.

As graduation approaches, current students should do as much homework as they possibly can as they prepare to take on their upcoming loans. Organizing all of a lender’s information and ensuring that important terms and policies in the fine print can be found easily, especially in the event that an important question arises in the middle of a student’s payback or deferment period. Further, students should ask lenders what they monthly payments might be, how long it would take the loan to be paid off (if minimum payments are made), and at which rate the loan will accumulate interest over time.

Additionally, some people do not qualify for deferment. Lenders generally have specific criteria that debtors must meet in order to qualify for special student loan repayment programs such as deferment. Many people who find themselves outside of the criteria to receive a deferment option either wind up defaulting on their loan payments or are forced to consolidate their debts through a debt consolidation agency. It is nevertheless important to always keep an open line of communication with the lender, as many are focused on getting paid back, and are therefore more apt to work with recent graduates who might not qualify for their forbearance programs.