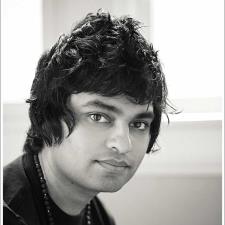 Fun guitar lessons for all ages and abilities!

My initial stint as a Los Angeles session guitarist consisted of going for high profile auditions, and being considered as a guitarist for X Factor USA. I also recorded for a musical and for a movie soundtrack. More recently I have recorded for Terry McDermott (runner up on The Voice) with 4-time Grammy winning Duran Duran producer John Jones and have recorded on a number of projects with one of Pink Floyd?s engineer/producers at a major LA recording studio, including a session with Steve Fer... Read More >>